Bioplastics maker Cereplast Inc. plans to launch a line of bioplastic resins based on all-natural algae by the end of 2010.
Cereplast algae-based resins could replace 50% or more of the petroleum content used in traditional plastic resins. Currently, Cereplast is using renewable material such as starches from corn, tapioca, wheat and potatoes and Ingeo PLA.
Algae-based resins represent an outstanding opportunity for companies across the plastic supply chain,” Cereplast founder, Chairman and CEO Frederic Scheer said in an Oct. 20 news release. “We believe that algae has the potential to become one of the most important green feedstocks for biofuels, as well as bioplastics.” Scheer said that the algae-based resins could be blended with polypropylene or other standard resins and used in injection molded or thermoformed parts. Cereplast also is working to use the new products in extrusion applications, he said.

Pharmafilter BV, a bioenergy technology company based in Amsterdam, has selected Mirel bioplastics for a suite of disposable products for hospital use. Pharmafilter BV is currently commercializing its patented Pharmafilter system as a cleaner, more efficient way for hospitals and the healthcare industry to reduce contaminated solid waste, food, and wastewater through anaerobic digestion. The Pharmafilter process reduces solid waste first through a grinding station and then through a series of purification steps, including anaerobic digestion. Outputs are biogas for fuel or power generation, biomass for energy conversion, and clean water.
“We selected Mirel because it fits right into our system,” said Eduardo Van Den Berg, CEO of Pharmafilter BV. “Mirel has the performance properties for single-use plastic service applications and it is biobased and biodegradable, so it is the most appropriate solution for the Pharmafilter process.”
---
Bioplastics today, bioplastics tomorrow: major changes likely
--- 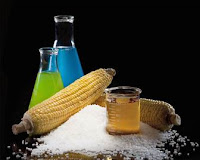 During a webinar last month, Jim Lunt, a consulting engineer and one of the founders of NatureWorks, predicted some significant changes for the bioplastics market, with a trend and focus away from single-use throwaway applications towards more durable products.
---
Lunt noted that, although it seems certain to remain a niche market, processing of bioplastics is predicted to grow from its 2007 level of about 262,000 tonnes/yr of material processed, to about 1.5 million tones in 2011. The materials are being helped along by legislation around the world, he said, citing the Japanese government’s goal that 20% of all plastics consumer in the country be renewably sourced by 2020. In Germany, biodegradable plastics are exempt from the country’s recycling directive until 2012, which saves about €1.30/kg for packaging processors and their customers.
---
According to Lunt, the current use of bioplastics, overwhelmingly in single-use applications destined for composting facilities, eventually will be overtaken by the materials’ use in durable goods. ‘Bioplastics’ is a far-reaching term that includes not only materials based on plant starch or other renewable resources, but also more traditional, petroleum-based thermoplastics which have some of their feedstock replaced with renewably sourced materials. For example, Braskem in Brazil has developed a method to make polyolefins from sugarcane-based ethylene.
--
According to Lunt, the price of Braskem’s HDPE or LDPE, derived from sugarcane, still is about $0.80-$1.00/lb, about 20% more than standard polyethylene. Other bioplastics are more costly, in general: polylactic acid, for instance, runs about $0.85-$1.25/lb, while PHA from Telles costs about $2.50/lb on average, he said.
---
Publié par PakBec à 20:47