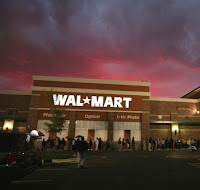 At the Pack Expo 2008, Wal-Mart announced that it plans to expand its commitment to packaging source reduction and its Packaging Scorecard, despite a downturn in the economy, Packworld.com reports.
Wal-Mart plans to roll out its Packaging Scorecard at most of its international locations in 2010. The time frame for rollout in the U.K. and Argentina have yet to be determined.
The company said its scorecard metrics will also be adjusted to reflect Wal-Mart’s desire to focus more on GHG reductions and on formulating packaging weight-reduction goals within specific product categories. The changes will be announced at Wal-Mart’s Sustainable Packaging Expo in April 2009.
Wal-Mart says by February 2009, its suppliers will have improved reporting features through the scorecard software.
Since the scorecard went live last February, Sam’s Club has seen a 90 percent participation from suppliers - produce and meat items were not included in the scorecard. As for Wal-Mart, the company has entered a total of 250,000 product items into the scorecard. Following the launch, it was reported that some companies were slow in complying to the scorecard.
The company says its Packaging Scorecard has helped drive sustainability and prevented GHG emissions from entering the atmosphere.
At a recent conference in Beijing, Wal-Mart laid out a series of requirements for companies who want to do business with Wal-Mart.
Source
---
Publié par PakBec à 12:34