The use of wax-alternative boxes increased 105% 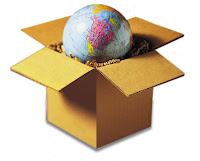 From 2003 to 2009, the use of wax-alternative boxes increased 105%, according to the Elk Grove Village, Ill.-based Corrugated Packaging Alliance.
Dwight Schmidt, executive director of the alliance, said July 9 that he expects the percentage to keep climbing.
“We have more documented conversions and more retailers specifying wax-free recyclable packaging than ever before,” Schmidt said.
“Several notable retailers are specifying that they want wax-alternative boxes so they can recycle it,” Schmidt said. “It has an effect on their sustainability efforts and their carbon footprint, but it also has a tremendous effect on their bottom line.”
Most waxed boxes can’t be recycled, and Schmidt said retailers pay $70 to $150 per ton tipping fees to dispose of them.
Wax-alternative boxes, however, typically can be recycled and contribute to the money retailers receive for recycling the massive amount of corrugated containers that come through their doors.
Schmidt said July 9 that the going rate for old corrugated containers was $115 a ton, and it has been as high as $200 a ton.
“That’s a significant revenue stream for a retailer,” he said, “and we get the boxes back to recycle.”
Schmidt said there still is plenty of waxed packaging in the supply chain. Part of the problem, he said, is that restaurants — which handle lower volumes of product and packaging at individual locations than retail stores — have less incentive to change.
“When a grower-shipper changes their retail packaging to wax alternatives, we encourage them to change all their packaging,” Schmidt said.
Read more…
Publié par PakBec à 22:47