Eco factors top of the list for French and Spanish consumers 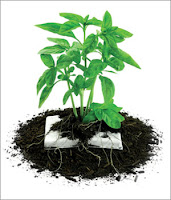 Environmental concerns have a huge influence on the food shopping habits of Spanish and French consumers, a new survey has found.
The survey, conducted by Irish agency Bord Bia and launched at the Sial international food conference in Paris, looked at the shopping behaviour of a representative sample of adults aged 18 and over in France, Germany, Spain, Sweden and the Netherlands.
It revealed that 63% of French consumers said that they choose food with minimal packaging and 63% of Spanish consumers claim they prefer to buy from companies aware of environmental issues.
---
The agency said a sample size of over 1,000 was obtained for each region to ensure comparable statistically robust data at a national level.
---
The fieldwork, according to the agency, was undertaken during May and June 2008.
Read more…
---
Publié par PakBec à 21:22