The Biopolymer Database offers material data about Biopolymers, in relation to a research project with University of Applied Science Hannover, department Bio-Process Engineering, Prof. Endres. The first generation of the database, which is already available, contains material data delivered by the material suppliers. 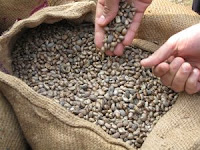 Newly-introduced EcoPaXX™ is a green, bio-based material: approximately 70% of the polymer consists of building blocks derived from castor oil as a renewable resource. Castor oil is a unique natural material and is obtained from the Ricinus Communis plant, which grows in tropical regions. It is grown in relatively poor soil conditions, and its production does not compete with the food-chain.

EcoPaXX™ has been shown to be 100 % carbon neutral from cradle to gate, which means that the carbon dioxide which is generated during the production process of the polymer, is fully compensated by the amount of carbon dioxide absorbed in the growth phase of the castor beans. According to Kees Tintel, project manager EcoPaXX™ “the carbon footprint of plastics is rapidly becoming a hot issue for Customers, therefore they really appreciate EcoPaXX™ being carbon neutral!”

An oxo-biodegradable industry body has refuted charges made by a rival association that its products fail to meet valid or recognised standards, and that the sector has yet to present sound scientific evidence to support its claims.

The Oxo-Biodegradable Plastics Association (OPA) has said the standards it uses to verify the biodegradability of its products are legitimate and that claims made by the industry are founded on solid science.