A number of degradable plastic products have emerged in the Canadian marketplace with claims of being more environmentally responsible than traditional plastic. For the most part, consumers are discovering these new plastics in the form of carrier bags from well known retail, drug and grocery stores which have made the switch from conventional plastic shopping bags. 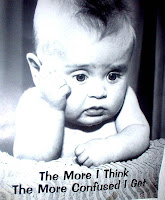 In the past few years, a number of concerns questioning the environmental claims and implications of oxo‐biodegradable bags have been voiced. In terms of performance, it has been questioned how long these bags take to biodegrade and if it is possible for the bags to biodegrade in landfill conditions given the lack of aerobic bacteria. More importantly, concerns regarding if toxins remain in the environment after the product has appeared to breakdown continue to arise.

As EPIC has highlighted in relation to degradable bags, the Canadian Standards Association and Competition Bureau recently released a new set of guidelines to prevent businesses from misleading consumers about the green benefits of their products. The new rules require environmental claims to be clear, specific, verified and substantiated with erroneous or broad statements considered unacceptable. Terra Choice, the Canadian environmental marketing agency responsible for Canada’s EcoLogo program, has taken the issue a step further by publishing a document entitled the Six Sins of Greenwashing, which some critics may find of relevance to this issue.

One way to address and overcome questionable environmental claims is through the development of a certification program that presents third‐party verification of a product meeting specified standards. A variety of such certification programs exist for compostable plastics (e.g. ASTM D6400, ISO 17088, BPI, BNQ 9011‐911) however, oxo-biodegradable plastics do not meet these standards and as such would require their own branch of certification. Such a program does not exist at this time.

Beyond concerns about whether degradable bags break down in a timely and clean manner, is the question of how degradable bags may affect the plastics recycling stream. While few municipalities in B.C. currently accept plastic bags for recycling, the introduction of a province‐wide stewardship program for packaging could change this dramatically. The B.C. Ministry of the Environment currently has packaging listed as a products category under their list of New Products Under Consideration.

These results suggest that not all oxo‐biodegradable bags are created equal and offer additional support for developing clear standards and third‐party verification as discussed above. Clearly, more research will be required on the recyclability of oxobiodgradable bags available in the B.C. marketplace if they are expected to enter the conventional plastic recycling stream.

Use of Non‐Renewable Resources without Recovery

A final concern about oxo‐biodegradable bags is that the product is composed of nonrenewable, fossil fuel‐based inputs and there is little difference in regards to energy and resource‐use when compared with conventional disposable plastic grocery bags.

If oxo‐biodegradable bags are meant to break down in a landfill environment, as they are largely promoted as doing , the products will not be recovered through recycling, resulting in a loss of resources in the same way these resources are lost through the currently used disposable plastic bags.
---
Publié par PakBec à 19:05

The kinds of biodegradable plastics and the ramifications of using them in disposable objects such as bags, straws, plastic cutlery, cups, bottles, etc. is clearly explained at:

When you have read this short exposition, you will no longer be confused! -Tim Dunn