Research from North Carolina State University shows that so-called biodegradable products are likely doing more harm than good in landfills, because they are releasing a powerful greenhouse gas as they break down.
“Biodegradable materials, such as disposable cups and utensils, are broken down in landfills by microorganisms that then produce methane,” says Dr. Morton Barlaz, co-author of a paper describing the research and professor and head of NC State’s Department of Civil, Construction, and Environmental Engineering. “Methane can be a valuable energy source when captured, but is a potent greenhouse gas when released into the atmosphere.”
Read more…
Bioplastics at Olympics 2012 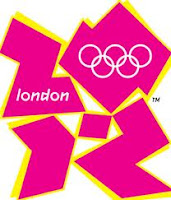 UK's National Centre for Biorenewable Energy, Fuels and Materials (NNFCC) noted that compostable plastics will be widely used next year at the London 2012 Olympic Games. The NNFCC and British Printing Industries Federation have been working with the London Organizing Committee for the Olympic games to ensure compostable food packaging is part of the event.
The parties involved have committed to sending zero waste direct to landfill during the Games, with a minimum of 70% to be reused, recycled or composted. Bioplastics will be used in fast-food wrappers, sandwich boxes and drink cartons, the NNFCC said.
Read more…
Is the Bioplastic Cup Half Full or Half Empty? 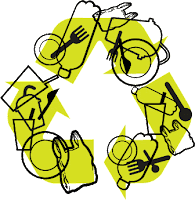 You’re standing in front of three bins – one for compost, one for recycling and one for landfill – holding an empty container called a “PlantBottle” and a clear plastic cup embossed with the recycling triangle and the number seven. Now what?
Your instinct might be to put that “PlantBottle” in the compost bin, and to put the clear plastic cup in the recycling bin. But in this case, you’d be wrong on both counts.
Read more…
Publié par PakBec à 23:42