Assess risk from nano-pollution and antimicrobials in packaging 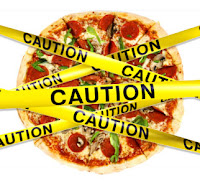 The Institute of Food Science and Technology (IFST) has called for greater appraisal of the potential risks from the release into the environment of nanomaterials used in food packaging.
The possibility that wider exposure to anti-microbial agents in food contact materials (FCMs) may contribute to heightened bacterial resistance was highlighted as an area of concern for the UK-based body. It also said the accumulation of nanosilver in the environment should be scrutinised and the development of bespoke recycling procedures considered.
The IFST made its comments in its response to the European Food Safety Authority’s (EFSA) guidelines on the potential risks of nano-applications in food and feed published in January 2011.
The independent group said it was important that the EFSA document suggest the need for full toxicity data on engineered nanomaterials (ENM) used as composites in FCMs even where there is no evidence for migration of these particles into food, or where levels of migration are low, it said.
The body added: “IFST considers that this is important because, although the direct use of these materials may not lead to significant ingestion of the particles, knowledge of the level of toxicity, or lack of toxicity, may be needed in order to assess the acceptable levels of migration.”
Read more…
Publié par PakBec à 20:15