The positive advantages of the stand-up pouch (SUP) will continue to drive strong growth in European demand for this packaging format, according to a new report from PCI Films Consulting. 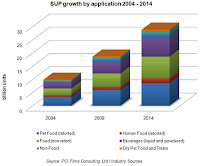 Although developed nearly 40 years ago, the stand-up pouch (SUP) has taken some time to be truly accepted in the European flexible packaging marketplace. In 2009, nearly 19 billion SUPs were estimated to have been supplied, accounting for 5% of the total value of converted flexible packaging used in Europe. Wet pet foods accounted for almost a third of this volume and non-retortable food pouches were among the fastest growing. Around 975 million square metres of laminate was used to make pouches, of which 65% was used to make pre-made pouches, with the balance supplied as reels to packers for use on form-fill-seal machines.

PCI’s study has found that, in the five years up to 2008, European demand for stand-up pouches grew by 10 - 15% p.a. Demand slowed during the economic downturn in 2009, but stronger interest from packers is expected to return in future years. 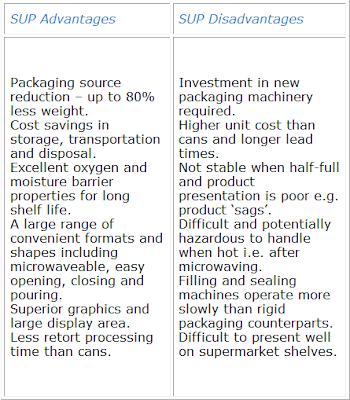 Islem, this is an intetesting article. Do you have equivalent data for North America? Being involved in selling SUP equipment, I feel a growing demand, but this is only based on my gut feeling.

good explain and very interesting We are the manufacturers and exporters of a wide range of pouch packaging machines and automobile garage equipment. For more details please visit http://www.globalpackaging-industry.com/products-services/machinery/koyka-electronics-pvt-ltd/