More U.S. shoppers are interested in choosing eco-friendly packaging, but they're confused about which types are best for the environment, according to a study on packaging and the environment released Monday. 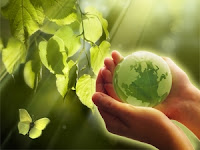 The study from the New Jersey marketing firm Perception Research Services reports that 36% of shoppers in 2011 were likely to choose environmentally friendly packaging, a 29% increase over 2010. Half of the shoppers polled said they were willing to pay more for such packaging. One-third of the shoppers said they bought more of a product if its package was labeled "recyclable" or "made from recycled material," and a quarter of the shoppers said they have switched brands for more eco-friendly packaging.
Packaging had the biggest effect on buying behavior if it was labeled "recyclable," "made from recycled materials" or "easier to recycle," or if it was marked with a recycling symbol. Conversely, made with less material is less influential.
Ironically, while shoppers continue to notice environmental claims at a high level, they are increasingly frustrated by the information provided. One in five shoppers said packaging didn't include enough environmental information and provided confusing claims, the study found. Many respondents said they didn't know which packaging was best for the environment.
Importantly, fewer shoppers feel that manufacturers’ motives are primarily honorable (57% vs 61%).  Shoppers are becoming more skeptical of manufacturers behaviors and motives in this area, as more state that companies are increasingly self-serving (enhance reputation; realize profit gains) and show less concern for the environment.