Chemicals in food packaging linked to breathing problems in babies

A gender-bending chemical found in food packaging is linked to breathing problems in young babies, researchers have found. 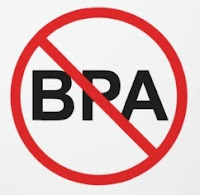 A study showed pregnant mothers with the highest levels of bisphenol A in their bodies were twice as likely to have babies who suffer from wheezing in their first six months.
Wheezing in babies can be a symptom of lung damage, asthma, bronchitis, allergies or an infection.
Bisphenol A, or BPA, which is used to harden plastics, is one of the world’s most widely manufactured chemicals and can be found in dozens of everyday items including baby bottles, CD cases and food and drink packaging.
Because the chemical mimics oestrogen, many scientists believe it interferes with the way hormones are processed by the body.
Although several animal studies have shown it to be safe, others have linked Bisphenol A to breast cancer, liver damage, obesity, diabetes and fertility problems.
The latest U.S. study looked at the BPA levels of 367 pregnant women, with researchers at Penn State College of Medicine measuring levels of the chemical in expectant mothers in the 16th and 26th week of pregnancy.
Read more...
Publié par PakBec à 23:49