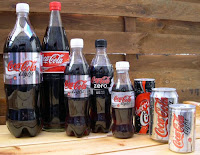 " Coca-Cola Enterprises, a bottler for the Coca-Cola Company, is creating a recycling stream for turning used bottles into new ones and has plans to reduce the weight and virgin content of bottles.

The company attributes that the high demand for recycled PET by other industries and a lack of food-grade recycled plastic. By 2010, Coca-Cola Enterprises wants its PET bottles to have 10 percent recycled content. To meet that goal, the Coca-Cola Company is building a bottle-to-bottle recycling plant in Spartanburg, South Carolina, and Coca-Cola Recycling is developing a supply stream to funnel high-quality PET for recycling.

Coca-Cola Enterprises also plans to roll out lighter glass bottle in Great Britain. Last year the company introduced bottles that were 20 percent lighter. By the end of this year, 43 percent of its glass bottles will be the lighter option, and that's expected to grow to 60 percent by 2010.

Two of the company's larger waste goals include recycling or recovering more than 90 percent of waste from production facilities by 2010 and recycling the equivalent to all of its packaging. One facility in the U.S. and 11 in Europe already recycle or recover 90 percent or more of their waste.

Coca Cola Enterprises details its goals and achievements in its recent 2007 Corporate Responsibility and Sustainability Report (PDF).
The company also plans to calculate its carbon footprint in all of the countries it operates in and set emission reduction goals this year. And by 2010 the company hopes to improve its water use ratio by 10 percent. Last year it used 1.77 liters of water for each liter of beverage produced. To cut that down, the company will invest $15 million in new technology, including recycling and reclaiming processes in water treatment systems.
---